What is a Book Coach?

A Book Coach is your Personal Guide to finding the best version of the book inside of you right now. I am here to help you hone your skills as a writer, to show you some tips and tricks to tap into your potential, to guide you through exercises that strengthen your form, and to leave you confident and proud at the end of our time together.

A Book Coach works with you and for you to champion you as a writer and your book as the most important thing that needs to be written right now. Whether you are starting with only your great idea or your complete manuscript, as your Book Coach, I will work with you to know yourself better as writer, to know your story better, and to better share both with your audience.

Why Do I Need a Book Coach?

No one needs a Book Coach. No one needs any sort of coach. We are all full of potential and we tap into it with a range of success over our lifetimes.

But if no one needs a Coach, why does it seem like they are everywhere? Sports coaches, life coaches, business coaches, academic coaches, the list goes on… Because coaches help people grow and become better at what they do. A Book Coach will help you be a better, more confident writer by introducing new habits, ideas, and strategies that build on your strengths and improve your outcomes. It’s that simple.

As your Coach, I will challenge you to go deeper, to be bolder, and to trust yourself more as a writer. I will bring the tough love when you need it, and the shoulder to lean on on the hard days.

Why Should I Choose You As My Book Coach?

I became a Book Coach after two decades of “coaching” in the classroom and in the studio. I bring years of experience helping students become better writers and better historians, in both high school and university settings. My classroom strategies are hands-on and empathetic. My goal as a teacher/coach has always been to watch my students go on to do amazing things and become incredible people.

On the other hand, I’ve been bringing tough love and loud motivation to my fitness clients for nearly a decade. They will all tell you the same thing: even if I am yelling to go harder or rise to the bigger challenge, I’m always smiling. I never cease to be thrilled to see my clients get stronger and giving it their all.

As a Book Coach, I blend my classroom finesse with my studio drive, and my goal is the same. I promise you that I will always be on your side, cheering you on, pushing you to be your best. When you need to practice the soft skills, I’ll be there for you with ideas and plans and exercises. When you need the tough love, you can count on me to push you to see the impressive writer I always know you to be.

I am certified to coach fiction, nonfiction, and memoir through Author Accelerator, the first-of-its-kind program to introduce standards and norms for book coaches. Certification is earned through six rigorous practicums covering all aspects of working with writers.

For good measure, I also spent a decent amount of time working on my history credentials 😉 I earned my Ph.D. in 2013.

Will A Book Coach Guarantee I Get Published?

YOU will get you published (well, you and your agent). No Book Coach can not promise you fame and fortune. But what I can offer are skills and guidance to make you confident as you aim for your end result.

You are the one who crosses the finish line. I will simply stand back and watch proudly. That’s what coaches (and teachers) do: we share what we can and then watch you take it and make something amazing. What amazing looks like is up to you.

An easy example: Jay Wright, the Villanova University Men’s Basketball Coach (Go, Nova!), has coached for over two decades at Villanova and, amazingly, coached two teams to National Championships. But, that means he coached 18 teams who were not the national champions. He coached players who went on to become NBA stars; he coached players who never played another professional game after graduation. He can not guarantee any of the players the outcome, nor do his players expect him to. He instead promises to show his kids new skills, to foster their sportsmanship, to train them to be better players and better people. That is his strength and his success. Because in the end, he doesn’t take The Shot, the player does.

A Book Coach is the same. I will be there to cheer to on, to push you when you want to give up, to help you practice new, hard skills that make you a better writer. But in the end, you have to bring your magic, too, and it is that magic that gets you published. I believe in you!

What Kinds of Writers Work With A Book Coach?

All kinds of writers work with a Book Coach. Whether you are just beginning to embrace your inner Creative or you have published or self-published a dozen books in the past, you will find that support and guidance from a Coach will take you to new levels and help you hone new strengths.

Anytime you want to improve your skills in any aspect of your life, turning to a coach brings benefits. Beloved Supreme Court Justice Ruth Bader Ginsburg famously relied on her personal trainer, Bryant Johnson, for both her physical and mental strength, for example, while renowned surgeon Atul Gawande sought out a coach to help him improve in the operating room. A writer can discover new skills, can unpack deeper narratives, or hone sharper wit, among so many other improvements.

Where do you see yourself going next as a writer? As your Book Coach, I will give you the guidance and support to get there. 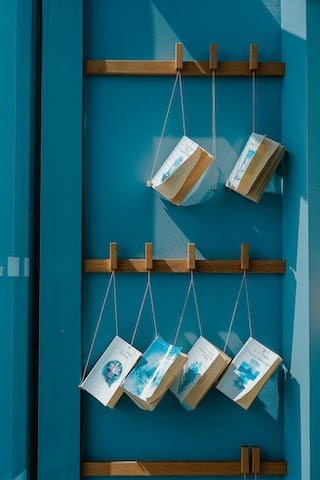 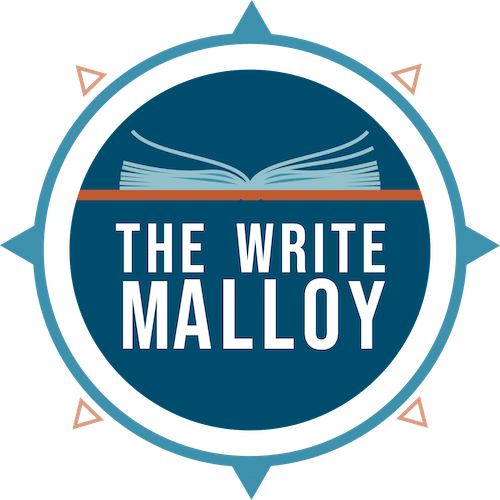 Get your FREE planning booklet now: My Top Five Tips to a Fabulous Proposal!

Sign up for your FREE copy of The Write Malloy's Top 5 Tips to a Fabulous Book Proposal. This planning booklet is for all writers looking to ask the hard questions and find confident answers.

Check your email for your Top 5 Tips Proposal Planning Booklet!