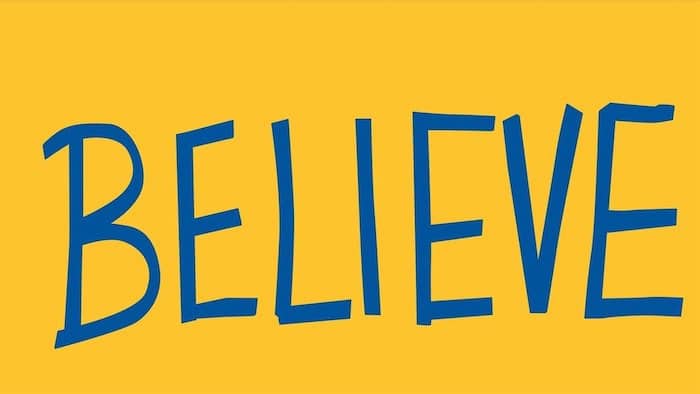 After a brutal defeat in Season 2, Ted reminds Coach Beard to take it “bird by bird.” (He has actually done it twice now: in Season 1 episode 2, and in Season 2 episode 8.)

If you aren’t a writer, you might just think this is another of Ted’s weird sayings, like “I shouldn’t bring an umbrella to a brainstorm” or “I believe in… rom-communism.” You might think that “bird” is a cute nickname that Ted has for Beard. Or you might just think you misheard and have forgotten all about it.

If you are a writer, however, you know that Ted is referencing the famous advice from equally famous writer, Anne Lamott. Bird by Bird is the title of her classic writing/life guide, (hybrid structure at its best, writer friends). Lamott’s wisdom is brilliant in its simplicity. She recounts a childhood story about her brother, a procrastinator who had put off a school project on… you guessed it, birds. Lamott’s father told him to take it “bird by bird,” meaning that the whole project might be intimidating, but it would feel easier to tackle one small, manageable piece at a time.

Lamott offers this advice for all writers. Don’t worry about the complete manuscript as you write. Take it bird by bird, chapter by chapter, page by page, word by word.

As I pondered the layers of (usual) awesomeness in Ted using this savvy writers’ reference to cheer up his fellow football coach, it occurred to me that Ted’s advice on and off the pitch often applies to a lot more than football. It’s actually great advice for writers!

So I thought I would dive in and round up some other times that Ted Lasso, boundless optimist and feel-good hero of pandemic life, has offered great coaching advice that works for writers as well as for everyone’s favorite football club, AFC Richmond.

“Taking on a challenge is a lot like riding a horse, isn’t it? If you’re comfortable while you’re doing it, you’re probably doing it wrong.”

For Ted, this about sums up his life from the very beginning of the show. He knows nothing about football (that football), but being Ted, he doesn’t let that get him down. He doesn’t turn down the job, hide from the pitch, or hesitate to give his players his patented Lasso advice. He admits he has a challenge in front of him, and then lets himself be okay being uncomfortable so he can be a great coach in the long run.

So, writer friends, how how often have you felt “uncomfortable” with your book?

The process of writing a book isn’t easy. It isn’t pretty. But if you start leaning into that hardship too much, instead of embracing it, you might start telling yourself to stop, or to put it away for a little bit. You might miss the opportunity to finish something wonderful.

That’s what Ted is telling us here. Don’t let the challenge of writing talk you out of your greatness. Know that being an incredible writer will feel uncomfortable. Let that knowledge make you better! Remind yourself on your low days that every single one of your favorite writers has felt that way, too.

Stay on the horse and write.

“Be curious, not judgmental.”

This comes from one of my favorite episodes, when Ted plays on peoples’ misconceptions to win a particularly important game of darts (yes, darts). He attributes the quote to Walt Whitman but, fabulously, it’s not actually a Whitman quote. It’s a classic internet mistake (see: any of Abe Lincoln’s famous thoughts on the internet). I don’t know if Ted’s misappropriation here is on purpose, but it’s classic Ted either way. So many levels of genius!

For writers, just as for Ted, this advice is best taken often and daily.

Be curious about the world around you, not judgmental. It will inspire your characters and plot, feed your imagination, and allow you to become even more creative. Your writing will flourish if you open yourself up to be curious.

Be curious about your fellow writers and their books, not judgmental. They are the friends, colleagues, and inspirational folks who have been where you are. They have written lessons and guides and powerful advice into their stories. Read widely and with bold curiosity.

Be curious about your own writing, not judgmental. Listen to what it teaches you as you write it; trust your instincts and love the story that happens. It may be fast or slow (more often slow) and it will change many, many times, but there is so much to discover with every draft.

Never be judgmental about your story. Always be curious.

“You know what the happiest animal on earth is? It’s a goldfish. You know why? It’s got a 10-second memory.”

“I brought you here to remind you that football is a f*cking game that you used to play as a f*cking kid. Cause it was fun, even when you were getting your f*cking legs broken. or your f*cking feelings hurt. So f*ck your feelings, f*ck your over-thinking, f*ck all that bullsh*t, go back out there and have some f*cking fun.”

Sometimes, you just need a little Roy Kent in your life. #toughlove

This quintessential Roy quote is from a moment in Season 2 when he helps Isaac rediscover his childhood joy of football. And haven’t you had those days when you need to remember why you love writing, why you love your story, why you love that you are brave and good enough to bring this story out to the world?

Don’t forget the first time you felt like a writer. Maybe it was that short story in grade school, or the article in your college newspaper. Maybe the feeling goes back to your daily journals, which you’ve still never shared with anyone but they’ve given you invaluable years of writing practice that other writers only dream of.

When you have a day where the Imposter Syndrome kicks in, or the inner voice in your head tells you you’re not a real writer, or you get another rejection in what feels like your endless querying journey, don’t lose hope. Listen to Roy. Let go of the stress and the over-worrying and write with joy.

Remember that being a writer is, deep down, fun and joyful and something you really just love doing.

“You say impossible, but all I hear is ‘I’m possible.'”

This is a classic. Ted isn’t the first to say it, and won’t be the last, so let me chime in.

Whether you’re a footballer or a writer, there will be days when you struggle to be a goldfish.

There will days, weeks, or maybe even years that go by when you think writing a book is impossible. Maybe you convince yourself that your life story isn’t “good enough” to be a memoir. Or maybe you think you’re not “professional” enough to write that incredible nonfiction manuscript that you’ve been researching for years. You worry about your narrative arc or your compelling characters. The big picture just feels impossible.

Trust me. I’m a book coach. I know these things!

Let me remind you that the mere fact of dreaming up your book is an incredible feat. Putting words on a page is more than most people will ever do in their lifetime. I am in awe of every single one of you for the bravery you show and the pure possibility you live in as a writer. You create. You make things possible. In even the briefest of moments, you are a writer.

So when it feels impossible, know that I am over here watching you do something amazing, and all I hear is you shouting “I’m possible.”

In you. In your story.

What else is there to say? 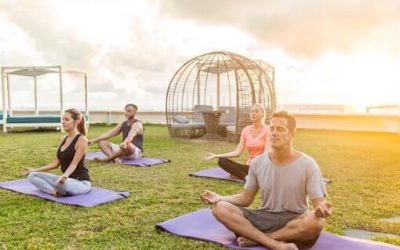 I signed up for an outdoor Yoga camp last month and I’ll admit I was skeptical. You see, I happen to hate yoga. I’m about as flexible as a 100-year-old man, and I don’t do quiet spaces at all. I am notorious for trying a yoga class once every 2-3 years, getting... 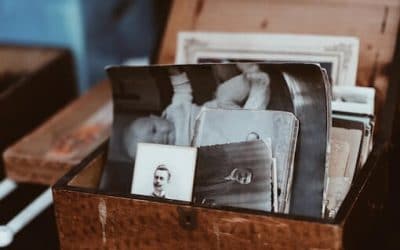 What’s In the Box?

When I was in grad school, one of my seminars spent an entire class on what I like to call the question of “The Box.” We aspiring Historians (unknowingly in-training to become jaded Academics) were presented with the following challenge: If you found a box of... 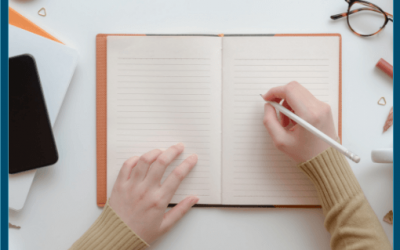 Plot seems like an easy thing to identify. We follow plots in the novels we read, the movies we watch, the TV series we binge. But when it comes to writing memoir and narrative nonfiction, plot can be a little harder to find. This handy quiz will help you find your...

« Older Entries
We use cookies on our website to give you the most relevant experience by remembering your preferences and repeat visits. By clicking “Accept”, you consent to the use of ALL the cookies.
Do not sell my personal information.
Cookie SettingsAccept
Manage consent

This website uses cookies to improve your experience while you navigate through the website. Out of these, the cookies that are categorized as necessary are stored on your browser as they are essential for the working of basic functionalities of the website. We also use third-party cookies that help us analyze and understand how you use this website. These cookies will be stored in your browser only with your consent. You also have the option to opt-out of these cookies. But opting out of some of these cookies may affect your browsing experience.
Necessary Always Enabled
Necessary cookies are absolutely essential for the website to function properly. These cookies ensure basic functionalities and security features of the website, anonymously.
Functional
Functional cookies help to perform certain functionalities like sharing the content of the website on social media platforms, collect feedbacks, and other third-party features.
Performance
Performance cookies are used to understand and analyze the key performance indexes of the website which helps in delivering a better user experience for the visitors.
Analytics
Analytical cookies are used to understand how visitors interact with the website. These cookies help provide information on metrics the number of visitors, bounce rate, traffic source, etc.
Advertisement
Advertisement cookies are used to provide visitors with relevant ads and marketing campaigns. These cookies track visitors across websites and collect information to provide customized ads.
Others
Other uncategorized cookies are those that are being analyzed and have not been classified into a category as yet.
SAVE & ACCEPT